You’ve read about my friend Jill Case Brown before, when I posted a review of her YA novel Safe. Now I’m delighted and honored to host Jill for a guest post. Funny and witty, humble and wise, Jill is also an excellent writer. I’m glad my readers can get to know her a little.

From the “About” page on Jill’s blog:

The big picture: living vibrantly when part of life is hard. This blog will mostly be about how life changed for both of us when my husband, David, broke his neck in a 2009 bicycle accident. Spinal cord injury, or SCI, makes things harder—but it doesn’t have to make them worse. It can even make some things better.

I also invite you to check out her Facebook page: Jill Case Brown Author 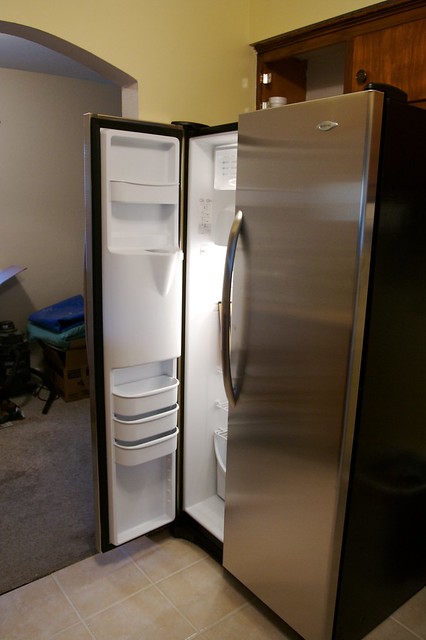 Our refrigerator was to blame. It really was. Sometimes I stand in front of it and say, “You know, I could hate you.”

But I don’t. It’s a good refrigerator, and I like it. We’re not getting rid of it.

David and I bought this old house when the previous owner gave up her plan of opening it as a bed & breakfast. She’d already done the big work, like electricity, plumbing, heat and air conditioning, remodeled bathrooms and kitchen.

I especially love our kitchen. It glows with morning sun and is beautifully designed, the most workable kitchen I’ve ever had. But the only space for a refrigerator snugs up against a cabinet, and the one that came with the house was an enormous side-by-side. Instead of opening all the way, the freezer door thunked to a stop at a ninety-degree angle.

After a couple of months, I was fed up with blindly slithering my arm into the freezer and coming out with surprises. I’m not a great cook anyway, and this didn’t help.

“I give up,” I told David, waving a package of frozen peas that was supposed to be a chicken. “Let’s replace this monster.”

So we did. We chose a smaller one, with doors that open away from the cabinet and can swing wide.

The new refrigerator was to arrive early Tuesday morning. David and I planned to get it settled in, then drive to work together for a meeting. But—surprise, surprise—time for us to leave, and still no delivery guys. At the last minute, David took off on his bicycle. He’d wanted the car, since he also had a lunch appointment that would require travel, but I still hoped to make it to our meeting if the guys brought the refrigerator in time. (They didn’t.)

A common experience. Who hasn’t had one like it?

This time, though, the consequences went deep. On his way home from work that afternoon, David skidded on gravel and launched off his bicycle, onto a rock and into his new life as a quadriplegic.

As you can imagine, that leaves me with a whole list of what-ifs. They start broad and fairly painless: What if we hadn’t moved here? What if we’d bought a different house? What if the previous owner had left a more appropriate refrigerator? What if the delivery guys had been on schedule? What if David hadn’t wanted to save money by downsizing to just one car?

That last one really pierces. After cycling to and from his lunch appointment, he was probably tired and less able to avoid the accident. If he’d had the car . . . if I hadn’t been so selfish . . .

I’m aware that what-ifs serve no purpose except to scourge the soul. I’ve been that route before, and it never takes you where you need to go. So the third time I caught myself standing in front of the refrigerator, running the list through my mind, I said aloud, “Can’t go there.”

Hard things happen. That’s just life. And whenever the urge to what-if comes up for this particular hard thing, I know exactly what to do with it.

Blame the refrigerator. It doesn’t mind.

One thought on “What If (Guest Post by Jill Case Brown)” 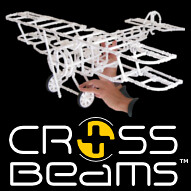